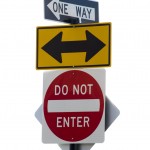 Despite the broad range of career options available to PhDs in the life sciences, graduate programs and postdoctoral training focus almost exclusively on preparing individuals for careers as academic researchers. Unfortunately, the supply of scientists outnumbers the demand for academic research positions. We recently surveyed postdocs from a major research institute on their career interests and concerns.

Half of postdocs desire a career in academia, but more than 90%feel the need to expand their options to include roles in industry.

Given a range of options for future careers, 47% of postdocs were interested in moving to industry, 44% wanted to stay in an academic setting, and the rest prefer alternatives in non-profits and government agencies. Despite the fact that almost half of those surveyed stated their first choice was to stay in academia, 92% of those surveyed were very interested in learning more about non-academic career options in the life sciences. Why? Answers ranged from lack of job options and the difficult funding environment in academia, to wanting more control and flexibility in their career.

To his credit, Francis Collins, Director of the NIH has acknowledged this challenge and is working to address it. In a recent interview he responded to the question: How would you advise a postdoc struggling with career options?    “It is hard to generalize; you need to take into account their dreams, their talents and the contributions that they can make in different settings. I worry that a number of them are receiving the message that if they don’t get a tenure-track position, they have failed. The good news is that nearly all postdocs are likely to be employed in interesting positions, but many will not travel a narrow academic path.”

Francis Collins has taken an important step to address this issue of supply and demand by putting out an RFA, NIH Director’s Biomedical Research Workforce Innovation Award: Broadening Experiences in Scientific Training (BEST). “The goal is to broaden both pre- and postdoctoral traditional training experiences such that trainees are better prepared for careers in a variety of other venues, including industry, government, academia, or entrepreneurial enterprises.”

I expect that some innovation and effective programs will be developed through these grants.  But some of the requirements are at odds with each other, and with those of the faculty. The grant states that: “The training period for biomedical careers is already lengthy, and these activities should be integrated with traditional training so as to not increase the time to degree for predoctoral students, or the length of the postdoctoral period.” But more than once I’ve heard PI’s state that “those in my lab should be focusing their time and effort on their research objectives within the lab.” How can these inherently conflicting goals be reconciled?

Maybe there are simpler solutions.

In our recent survey 88% of post-docs stated that they were not prepared for building a plan/direction for their career after their postdoc. 75% want a better understanding of how the skills they have developed would fit into roles in other types of organizations, and more than half want training on the basics of how to present themselves as a job candidate for a non-academic setting and networking.

I entered my PhD program knowing that my goal was to work in industry.  Perhaps that made for an easier transition from graduate student, to head of a cancer research laboratory, to venture capital analyst, to pharmaceutical executive turned consultant.  But because I get at least one call every week from scientists who wants to know what else is out there besides academia, I know this is not an easy transition. The training of academic scientists for academic jobs has ignored the laws of supply and demand.  It’s time to rebalance it. And for that reason alone, we have decided to design simple training and tools for scientists interested in transitioning from academia. Look for publication of the postdoc survey later this month in our blog, and more information on the training in news and events in May.

The information gained from the survey could not have been obtained without the considerable efforts of Scott Schachtele, who has my sincere thanks.