In our recent Minnesota Life Science Companies to Watch series, here and here we featured a number of up and coming companies including StemoniX. In this series, we go deeper in analyzing individual companies in our own backyard and discuss how they grew their startup. In conjunction with the 13th annual MN Cup awards, we highlight last year’s grand prize winner, StemoniX.

The groundbreaking idea behind StemoniX was conceived in 2012 when founder Ping Yeh was diagnosed with chemo-resistant Hodgkin’s Lymphoma. The only way to know whether he would survive the maximum chemo dose was to try it. At this moment, he decided he would develop a method better than trial-and-error. And after beating cancer, that’s exactly what he did. StemoniX launched in 2014. Reprograming induced pluripotent stem cells (iPSCs) derived from a patient’s own skin cells into patient-specific mini organs, the company provides a platform to test drugs for responsiveness at the level of the individual. This way clinicians would know if a patient’s would respond to therapies before administration. Yeh often describes the technology as a ‘clinical-trial on a plate’.

Winning Competitions and Winning Over Angels 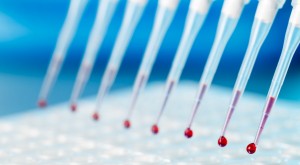 In 2015 and 2016, StemoniX participated in multiple start-up incubator programs – Evonexus, JLabs in California and TreeHouse Health in Minnesota. Aside from providing a physical space to conduct R&D and proof-of-concept studies, Yeh says that these programs helped get StemoniX off the ground by offering:

In less than six months of winning the Evonexus pitch competition, StemoniX successfully pitched to investors, securing $2.5 million in seed funding from several angel groups including, SEED San Diego, Oklahoma Angels, 701 Angel Fund and Minneapolis-based Gopher Angels. Twin Cities Business Magazine says that this was the most tax credit-eligible angel funding ever raised by a Minnesota-based health care startup, putting more than $450,000 in angel tax credits back into the pockets of investors. 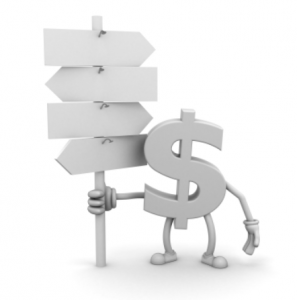 Throughout 2016, StemoniX competed in the MN Cup for their third year in a row. Last September, they won the Grand Prize of $81,000 and “Best Breakthrough Business Idea of 2016” at the 12th annual awards ceremony. The MN Cup, hosted by the University of Minnesota’s Carlson School of Management, is the largest statewide start-up competition. Since 2005, this competition has supported 12,000 entrepreneurs and finalists have gone on to raise $23 million from outside sources. Winning this award gave StemoniX publicity and exposure to investors. Within 24 hours they landed a new customer and a new Investor. And, shortly after, Yeh was named Minnesotan to Meet by CBS, in November.

From Series A to Strategic Partnerships

In February 2017, StemoniX completed a $6 million Series A from venture groups, including Minneapolis-based Brightstone and Cedar Point Capital, as well as the University of North Dakota’s student run Dakota Venture Group. This brings the total investments attracted by StemoniX over the past two years to $11.7 million. 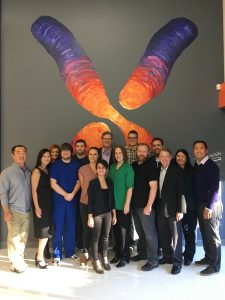 A few months later, Stemonix moved out of TreeHouse into a 16,000 square foot facility in Maple Grove. In just two years the company has expanded from Yeh, his co-founder and CSO, Dr. Bob Petcavich, and one employee to 30 employees.

Around the same time, StemoniX earned a prestigious 2017 Red Herring Top 100 North America award for revolutionizing the way medicine is developed. In over 20 years of Red Herring history, brands such as Alibaba, Google, Kakao, Skype, Spotify, Twitter and YouTube have all been singled out. Minnesota Business Magazine voted StemoniX as one of the Most Likely to Succeed MedTech companies. And most recently, StemoniX made it to the top 3 finalists up for Minnesota High Tech Association’s Start-up Tekne Awards. The winners will be announced on November 15th at the Minneapolis Convention Center.

This past July, the company announced a strategic partnership with Pairnomix, 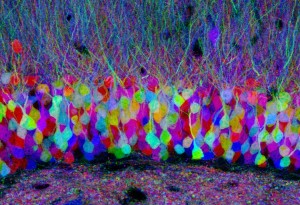 a precision-medicine company spun out of Upsher-Smith. Together the companies will create a seizure-in-a-dish in vitro model system using Pairnomix’s expertise in epilepsy modeling and StemoniX’s proprietary microBrain® technology. StemoniX has also entered into a supplier partnership with another Minnesota biotech firm, Bio-Techne.

What’s up for 2018? Says Yeh, “We will keep pushing towards our goal to help companies develop new therapies that work the first time. 2018 is the year for scaling up the business to support our many customers. Very quickly, we went from having a single customer to working with the top 20 pharma companies. In 2018, we will focus on growing out our sales team and ramping up R&D and manufacturing. We are also looking to close a large Series B round with a well-known investment group early in 2018.”

We’re keeping our eye on StemoniX and other MN companies to watch. Stay tuned for more company case studies. In the meantime, to learn more on growing a biotech start-up, see our previous posts here, here and here and our View Beyond Venture Capital publication in Nature Biotechnology.