We are currently experiencing a biotech “boom,” with biotech investing recently reaching an all-time high . 2015’s numbers are positioned to easily surpass 2014’s total of $6 billion in venture capital dollars raised. This favorable funding climate has been fueled in 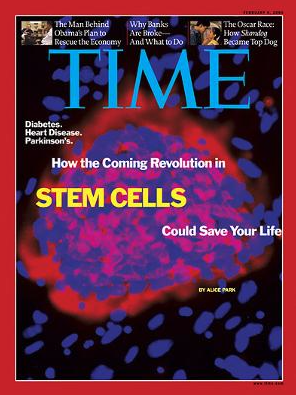 part by venture capital firms’ increased willingness to invest in risky, early-stage ventures. This shift has likely been influenced by the plethora of high-value biotech IPOs that have occurred over the past few years. Cell therapy, a field promising to deliver personalized therapies to patients for everything from rheumatoid arthritis to cancer to diabetes, has struggled to attract the same level of investment as more traditional therapeutic approaches. The field is relatively young and few cell therapies currently exist on the market, creating challenges for companies as they navigate uncertain regulatory and marketing pathways, and making it difficult for investors to envision an attractive exit strategy.

Only eighteen months ago this blog wrote about our concern that the perceived risks of this field were too high for investors and strategics to do more than participate in the research tools applications of the field. Since then, recent activity by Big Pharma as well as notable private financings in cell therapy companies shows a positive shift in attitudes toward regenerative medicine and cell therapy.

The Alliance for Regenerative Medicine recently surveyed 16 pharmaceutical and large-cap biotechnology companies and all indicated that all 16 are investing in some aspect of regenerative medicine with 40% in active pursuit of therapeutic opportunities. A particularly good example of pharma’s involvement can be seen in the immuno-oncology field, particularly with respect to chimeric antigen receptor T cell (CAR T-cell) technologies, which has the potential to disrupt the cancer therapeutics market.

Amgen, Merck Serono, Celgene, Sanofi-Genzyme and Pfizer have all inked CAR T-cell partnerships in the past eighteen months. While there is still a lot of research to be done to validate and fully understand CAR T-cell therapies, the promising results of several small-scale clinical trials and potential for a substantial return on investment have been enough to spark such participation by pharma companies.

Big Pharma has also invested in, acquired or signed licensing deals with companies developing cell therapies for diabetes and multiple sclerosis. A few weeks ago, Sanofi and Evotec announced a $329 million collaboration to develop a beta cell replacement therapy, and in March 2015, Semma Therapeutics raised a $44 million Series A round, which included participation by both Novartis and Medtronic, for its type one diabetes cell therapy.

Opexa Therapeutics partnered with Merck Serono in 2013 to further development of its cell therapy for multiple sclerosis.

These activities represent a marked shift from the landscape in 2011 when Pfizer, the only company with programs in the field, discontinued most of its regenerative medicine research. Big Pharma isn’t the only one with an eye on the cell therapy industry. Venture investors are also demonstrating an appetite for investing in early stage cell therapy companies. For the period from March 2013 to March 2014, total venture capital and private equity financing was estimated at approximately $11.3 million for primary cell therapy companies, $81.4 million for stem cell therapy companies and $249.8 million for cell-based immunotherapy, as reported by the Alliance for Regenerative Medicine. While immuno-oncology, and specifically CAR-T cell therapy, has become a particularly hot field (in the past 18 months, Juno Therapeutics, Cellectis and Kite Pharma have gone public for $265 million, $228 million and $146 million, cell therapies for type-1 diabetes (ViaCyte: $20M Series D), skin and connective tissue disorders (FibroCell: $45M Private Equity investment), kidney disease (AlloCure: $25M Series B) and incontinence (InnovaCell: $11M) have also attracted significant venture financing.

Cell therapy has the potential to shift the paradigm in medicine from managing disease to curing it. And while there are still challenges to commercialization, investors and pharma companies alike have recognized the potential rewards of investing in cell therapy. This is not only good for business, but also good for the thousands of patients who stand to benefit from the success of cell therapies.

Editor’s note: Upon completion of this post we found a great recent post with comprehensive data from 2014 on fundings and partnerships. We are impressed with Bioinformant, and encourage those interested in the field to follow them for up to date news.