The State of Alzheimer’s Disease: Focus and Funding

This past year we at Nelsen Biomedical completed a large landscape analysis of Alzheimer’s disease. We interviewed leaders in industry, the investment community, foundations and non-profits in addition to clinicians and scientists. We identified key barriers to progress and novel scientific and clinical areas for focus and funding.

With the 2019 Q1 failures of Roche and Biogen/Eisai’s Phase III trials, it is time to share some key points on where the field is headed and what this means for both patients and the industry.

Progress in the Treatment of Muscular Dystrophies

With a small patient population and a challenging breadth of disease types and underlying biological and genetic causes, the dystrophies have historically lacked attention from the biopharma industry as a value-driver for new drug development. New technical capabilities in gene therapy & gene editing and seed funds from philanthropic organizations focused on de-risking early stage drug development have changed the playing field.

In this report, we provide an overview of the current state of funding, therapeutics in development, and novel technical approaches towards treating this group of challenging diseases.

Cell and gene therapy represent a new human health paradigm, with the potential to provide curative solutions rather than just chronic treatments for a variety of human diseases and genetic disorders. Rapid growth in the cell therapy industry is driving demand for cellular manufacturing, a process that can make or break the commercial success of a clinically promising cellular therapeutic.

In this report we highlight key factors that influence manufacturing decisions, discuss elements essential to the success of current leaders in cell production, and provide competitive intelligence on large and small scale automated manufacturing systems. We analyze market trends in the cell therapy industry, revealing near-term opportunities for cell therapy companies, as well as market entrance and adoption strategies for providers of products and services for cell manufacturing. 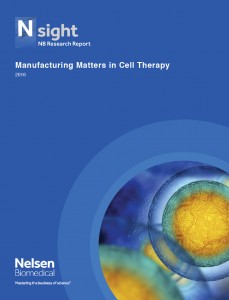 In 2012, the striking clinical success of CAR-T therapy in treating acute lymphoblastic leukemia (ALL) in the case of Emily Whitehead was a real game changer for the industry. Since then, there has been an explosion of commercial activity.

In this CAR-T Deal Review we have captured the number and diversity of deals done in this space over the past four years. Included are strategic partnerships, acquisition and licensing deals done between CAR-T companies, Big Pharma, smaller organizations, and academic institutions from 2012 through August 2016. These deals cover intellectual property, new approaches for creating CARs using gene-editing technologies, expansion to allogeneic approaches, manufacturing, combination therapies, and more. 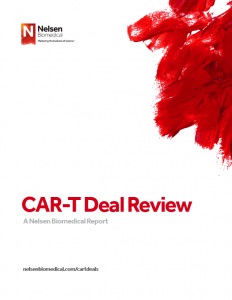 Unlocking the Therapeutic and Commercial Potential of CAR-T Technology

The View Beyond Venture Capital

Platform Technologies in Regenerative Medicine: Maximizing the Technology Early in the Process

How to Translate Technology: From Bench to Bedside at the University of Minnesota

Commercialization of the DECELL/RECELL Technology